Stephen Whittle is a legal scholar and Vice-President of the group Press for Change. In 1992, he co-founded Press for Change which works to challenge and change transphobic laws and societal attitudes. Lord Alex Carlile has described the group as ‘one of the most successful lobby groups seen in the last 25 years’.

In 2005, Stephen was recognised for this work and appointed Officer of the Order of the British Empire (OBE) for services to ‘gender issues’. In 2007, he became the first non-medical professional and the first trans person to become President of the World Professional Association of Transgender Health (WPATH), and since 2007, he has been Professor of Equalities Law at Manchester Metropolitan University. He continues to write extensively on the law and policy relating to trans people, as well as writing about himself and his own experiences. Stephen says:

LGBT+ youth still face tremendous barriers, prejudice, fear and unequal treatment. It is crucial that we work together to give this generation of young people the confidence to continue the battle for full rights and recognition (not simply being forced to accept mere tolerance) is crucial if we want liberation for the generations to follow. 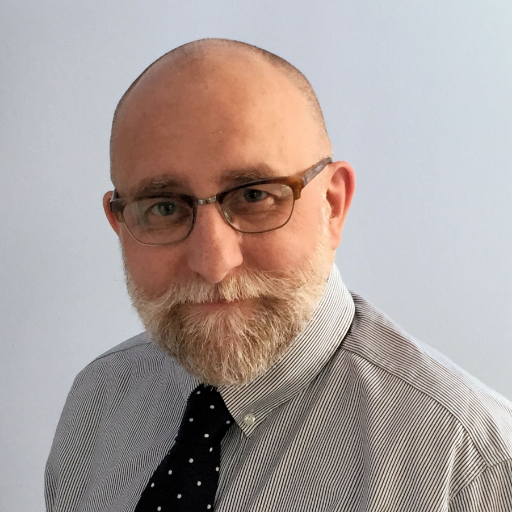 Alicya Eyo is a theatre, film and TV actor whose long-standing career has seen her star in hits such as Bad Girls, Holby City and Emmerdale. This lovable Liverpudlian is a proud supporter and Patron of The Proud Trust. Alicia says:

I’m totally honoured to have this association with The Proud Trust. Coming from the North West myself, being a lesbian, I’m thrilled to see organisations such as this. The Proud Trust is doing, and has been doing, some incredible work with our young people which I think is vital in terms of developing confidence, identity and a sense of place in this crazy world! I’m looking forward to meeting everyone involved and doing as much as I can to support them.

I’m totally honoured to have this association with The Proud Trust. Coming from the North West myself, being a lesbian, I’m thrilled to see organisations such as this. The Proud Trust is doing, and has been doing, some incredible work with our young people which I think is vital in terms of developing confidence, identity and a sense of place in this crazy world! I’m looking forward to meeting everyone involved and doing as much as I can to support them. 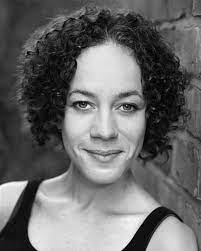 Claire Mooney is a singer/songwriter who also runs workshops, accepts songwriting commissions and broadcasts on a variety of radio shows. As a well known mover and shaker amongst the North West’s LGBT+ scene, we are delighted to have Claire as our Patron.  Her songs are passionate, playful and above all politically motivated which makes her an ideal supporter for The Proud Trust.

I was proud and pleased when I was asked to be a Patron for The Proud Trust. It’s a phenomenal organisation. I haven’t attended an event yet that hasn’t been uplifting and inspirational. It’s a privilege to support the great work they do, both workers and young people alike.

Claire also co-hosts the LGBT ALLOUT Radio Show on ALLFM so tune in to keep up-to-date with all things LGBT in the area. 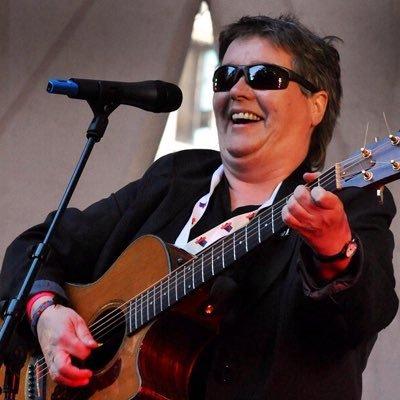 Phyll Opoku-Gyimah, also known as Lady Phyll, is the Executive Director of the Kaliedoscope Trust which works to uphold the human rights of LGBT+ people in countries where they do not have equal rights and are discriminated against because of their country’s LGBTphobic laws and societal attitudes.

She is also a Co-Founder and the Executive Director of UK Black Pride which ‘promotes unity and cooperation among all Black people of African, Asian, Caribbean, Middle Eastern and Latin American decent, as well as their friends and families, who identify as LGBT+’ and ‘takes an active role representing and advancing these communities by challenging the inequalities in society faced’.

Phyll Opoku-Gyimah is one of the UK’s most prominent LGBT+ activists and regularly features in the Independent on Sunday’s Rainbow List. Throughout her career she has highlighted the issue of racism in the LGBT+ community and spoken about the importance of intersectionality. 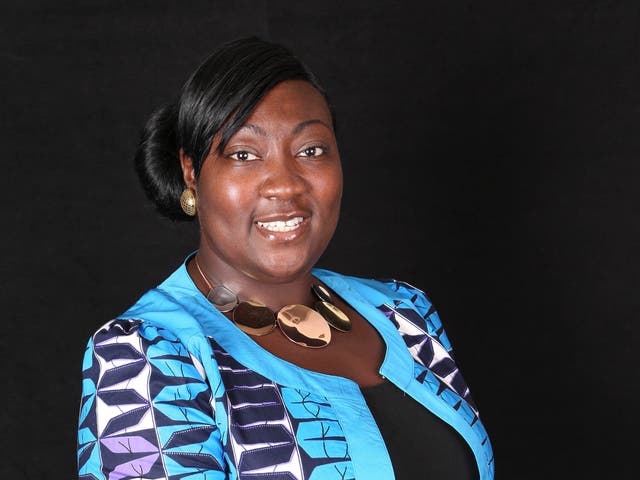 Christine Burns MBE is an out and proud lesbian trans woman who, although now retired, campaigned for a quarter of a century for the civil rights of trans people and (for the last decade) all diverse communities. She was a leading figure in “Press for Change” for 15 years, developing trans self-awareness, working on the Gender Recognition Act and regularly appeared in the media on the campaign’s behalf. She worked to develop the first ever official guidance about trans health from the Department of Health. She also led for some years on challenging negative reporting in the media. As an independent diversity specialist she chaired the North West Equality and Diversity Group for many years and helped countless organisations develop equality plans, including a five year stint as the Programme Manager for Equality, Inclusion and Human Rights at NHS North West. In retirement she has focussed on writing. Her books “Making Equality Work” (in collaboration with former colleagues) and “Pressing Matters” (on the roots of trans activism in the UK) are both positively reviewed.Christine says:

I was delighted to accept the invitation to become a patron of LGBT Youth North West*. The work of people in my own generation laid the foundations of the world that young lesbian, gay, bi and trans people inherit as they grow up. Our work necessarily involved the very basics for equality — to have a system of legal rights which protect LGBT people of all ages from discrimination, harassment, violence and exclusion, and to open up institutions (like marriage) which everyone should have the right to enjoy. But laws on their own don’t change behaviours. There is still a great deal of work to be done in terms of education – to reach out to people and create a world in which antipathy towards LGBT people is literally unthinkable. I have long believed that this is a challenge which young people need to become involved in – to shape the society they will live and thrive in. 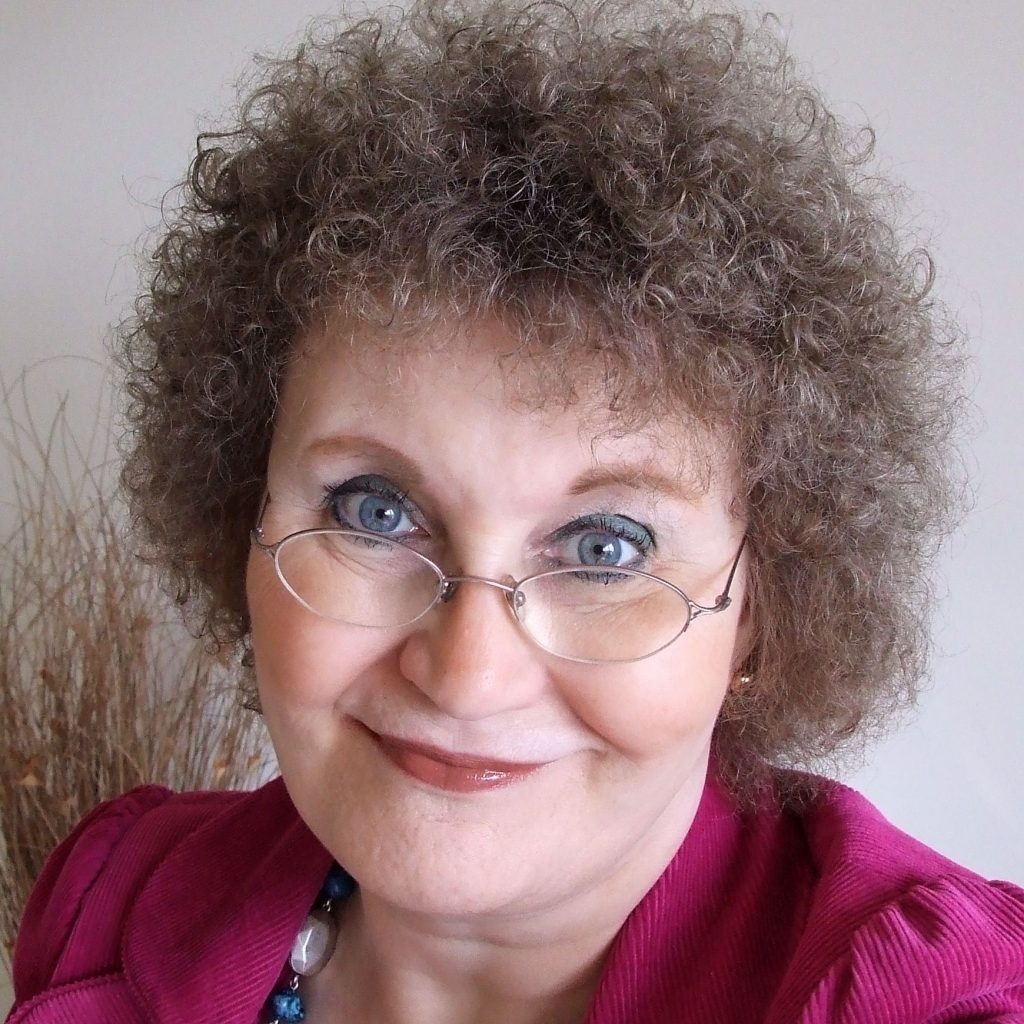 Ben Copperwheat graduated with an MA Printed Textiles from the Royal College of Art in 2001. He lived and worked in New York City for many years before relocating to Georgia, USA, where he is now the Professor of Fibers at Savannah College of Art and Design.